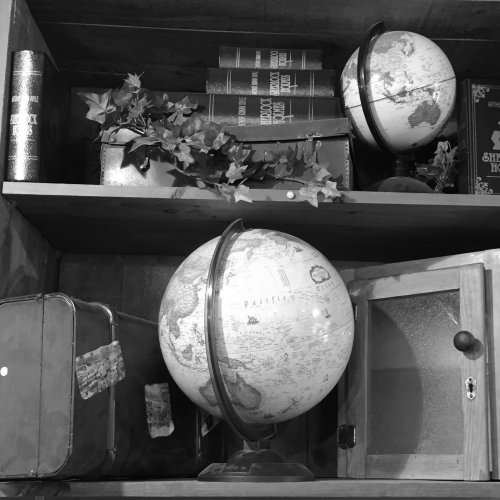 An almanack is an annual calendar with important data and statistics such as tides and planetary movements. It can also be handbook of important information. The Pocketry Almanack doesn’t quite fit either definition but the word almanack conjures up printing presses and hand distributed leaflets. It’s this tactile world I wanted to re-create with this publication. I suppose we could call the Pocketry Almanack a handbook which contains work from authors engaged in the pastime of poetry. Or just love the word and use it anyway.

The idea for the Pocketry Almanack came from a few different places. Last year independent Australian publisher Ginninderra Press started The Crow, a new literary journal for poets in South Australia. If they can do it, so can I! The Kickstarter for Fiddler’s Green: A Peculiar Parish Magazine #7 was posted on Instagram by @ninthwavedeisgns. Sadly I didn't get to back it in time but I loved the fiddler's fare and tweaked it for the almanack. The What Editors Want podcast interview with Tony White of Piece of Paper Press inspired the one page format of the pamphlet. How To Make Books: Fold, Cut & Stitch Your Way to a One-of-a-Kind Book by Esther K. Smith the artistic director of Purgatory Pie Press taught me how to make an instant book from a sheet of A4 paper. The word almanack came from the Discworld books by Terry Pratchett but I only looked up the definition after I'd created the web site and it was too late to change it (not that I really wanted to anyway). The elaborate and fanciful language was inspired by Russell who for many years was the MC of the Canberra Repertory's Old Time Musical Hall.

The Pocketry Almanack draws inspiration from many sources including but not limited to: drinking tea in fine bone china cups with roses painted on them; sitting in an overstuffed, red leather armchair while reading books in a wood panelled study; sitting next to the coachman as he drives a team of horses along the cobbled streets and lamplighters doing their rounds as dusk begins to fall.